From March of 2005 until January of 2017, Mark Nessmith directed the TravelGolf Network's team from the company's European office in the Czech capital of Prague. Prior to taking the reins as editor in March 2005, he served as managing editor for The Prague Post, the leading English-language newspaper of the Czech Republic.

Mark served as a communications program manager for The PGA of America from 1998 until summer of 2003. He helped oversee PGA Magazine, the official publication of the Association and the oldest golf journal in the United States, wrote for countless PGA print and online publications and prepared speeches and articles for senior officers. His connection to European golf began with providing AP's coverage of the Czech Open, the first ever PGA European Tour event held in the former Soviet Bloc, in 1994, '95 and '96. Born in Palm Beach County, Florida, Mark grew up in the Jupiter-Tequesta area, just north of PGA National, where he watched Larry Nelson win the 1987 PGA Championship and Chi Chi Rodriguez win the same year's Senior PGA Championship.

Mark is a Florida State University graduate with a BA in English with a concentration in writing. He and his wife have three young children -- and one small dog. 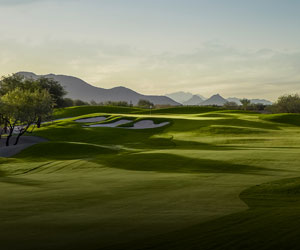